My renewable energy journey in a nutshell 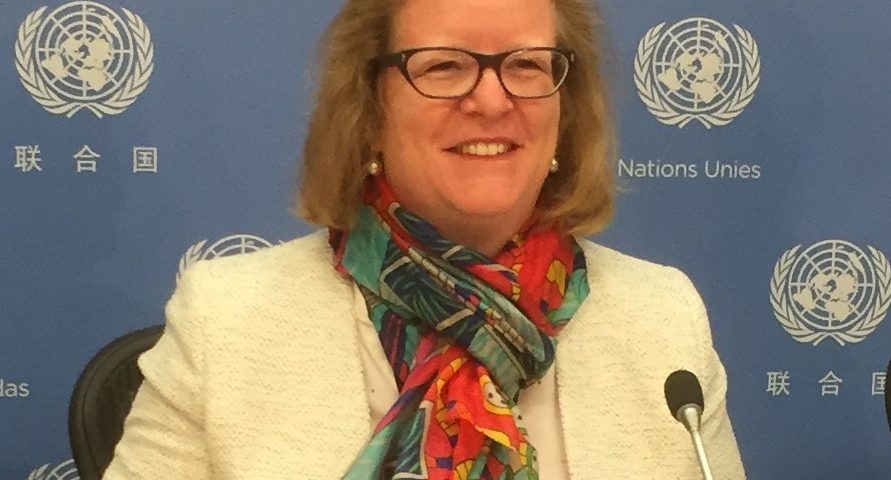 “Why don’t you look for a proper job?” was what I was told.  It was 2000 and renewables were still in their infancy.  Leaving Austria to set up an umbrella organisation for the European renewable energy industry in Brussels was not seen by many as a promising career option.

Well, I guess reality has caught up with them! Less than two decades later, renewable energy accounted for 86% of all new EU power installations; China became the renewable energy powerhouse of the world; and more than half of global renewable energy investments happened in emerging economies and developing countries. And this does not even include the debate about achieving 100% renewables by mid-century.

Riding on the momentum of the Paris Agreement, there is consensus that we have to radically re-consider how we produce and consume energy. Holding global average temperature rise well below 2°C, not to mention a much safer limit of 1.5°C, requires nothing short of a complete decarbonisation of the energy sector. There is no one way to achieve this; what works in one country doesn’t necessarily work in another. Finding solutions for some sectors is easier than for others. The stakes are high – financially, environmentally and socially – and as the transition progresses, there will be clear winners and losers.

I have been able to witness the rise of the renewable energy industry, first in Europe and now at a global level as REN21’s Executive Secretary. At REN21 we work to “connect the dots” between the public and the private sectors to drive the global energy transition. We do this through a multi-stakeholder network of renewable energy experts. My work is to make sure that REN21 supports this energy transition with the best information possible.  Building a solid foundation has been key: formalising REN21 as a not-for-profit organisation; broadening the network to expand stakeholder participation; and growing the secretariat.  The result has been impressive.  Today REN21 produces the industry standard on renewable energy data with its annual Renewables Global Status Report  established as the world’s most frequently reference report on the global renewable energy market, industry and policy landscape. Our network stands at over 2,000 contributors and reviewers who together help us collect data on renewables that cover 92% of the world’s GDP and 95% of the global population.

The drive for decarbonisation and the constantly changing renewable energy landscape however is pushing us here at REN21 to look beyond the current status and identify when, where and how an energy transition with renewables can be achieved.  Finding solutions for some sectors is easier than for others. Views are influenced by different regional perspectives, the current stage of development within a region and the part of the energy sector being discussed. While we can‘t predict the future we do need to debate the opportunities and challenges of a 100% renewable energy future.  Good decision-making depends on solid data and constructive exchange of opinion!  REN21’s Global Futures Report is a complement to its Renewable Global Status Report series.  The former presents thinking about how a renewable energy future will evolve; the latter provides a real-time snapshot of what is happening.  Together the two reports illustrate the distance between where we are now and what needs to happen if an energy transition with renewables is to be achieved.

But tracking development and debating the future is not enough.  We need to understand how system integration can shift thinking from the traditional perspective of baseload power to one where optimal integration of variable renewable energy provides on-demand, reliable, affordable electricity and brings added-value to grid infrastructure.  By creating more system flexibility we will be able to provide new opportunities for renewable energy to reach end-use sectors.  This requires developing thematic networks where latest information exchanged reflects diverse viewpoints from both private and public sector actors. REN21 works at this nexus, bringing together governments, intergovernmental agencies, industry associations, NGOs, research and academia to collectively dispel myths and drive policy change.  The result is a robust, dynamic, international network that regularly exchanges its knowledge and through its activities works to drive a rapid, global transition to renewable energy.

My professional journey of advancing the energy transition with renewables and energy efficiency is exciting, intense and personally very rewarding. I meet passionate people and have the privilege to work with an outstanding team. I see first-hand how the energy transition towards renewables can change people’s lives for the better and what a profound effect the energy transition has and will have on how we produce and consume energy now and in the future. A lot has  happened over the past two decades; I am convinced, however, that the best is yet to come.