T hroughout my career, I have been involved in a wide range of activities centring on sustainable energy, a selection of which are listed below: 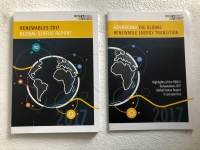 Throughout my time at REN21, the Renewables Global Status Report became the global reference report on renewable energy. Together with my team, we enlarged the contributor community from 400 to 2,000 and we developed and implemented a comprehensive outreach and communication strategy, resulting in annual press coverage of more than 1,500 media articles in 50 languages. 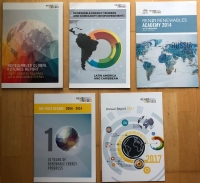 Creation of exchange and debate is fundamental to understanding different viewpoints and advance sustainable energy. I have had the opportunity to initiate the development of the REN21 Renewables Academy as well the Renewables Global Futures Report series. Regional renewable energy reports were also created in order to advance the regional debate on renewable energy.

Initiated at the renewables2004 conference in Bonn, the International Renewable Energy Conferences (IRECs) are a high-level political conference series dedicated exclusively to renewable energy policy worldwide. IRECs have as well served as motor for policy development in the respective host country (2004: Germany; 2005: China; 2008: USA; 2010: India; 2013: United Arab Emirates; 2015: South Africa; 2017: Mexico). I have had the privilege of being intimately involved in the organisation of all IRECs including helping to convene 1,500 – 3,000 decision makers from all around the world. 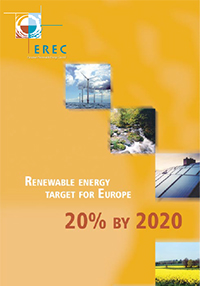 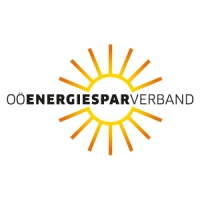 In the framework of this EU-cofunded project which I co-ordinated, we created maps and brochures for regions in Austria, Italy, Sweden and the UK, highlighting renewable energy projects that can be visited by tourists. These were promoted by the respective tourism boards. Interactive information panels displayed up-to-date information on the different renewable energy sites such as e.g. energy production data, history of the project, etc..